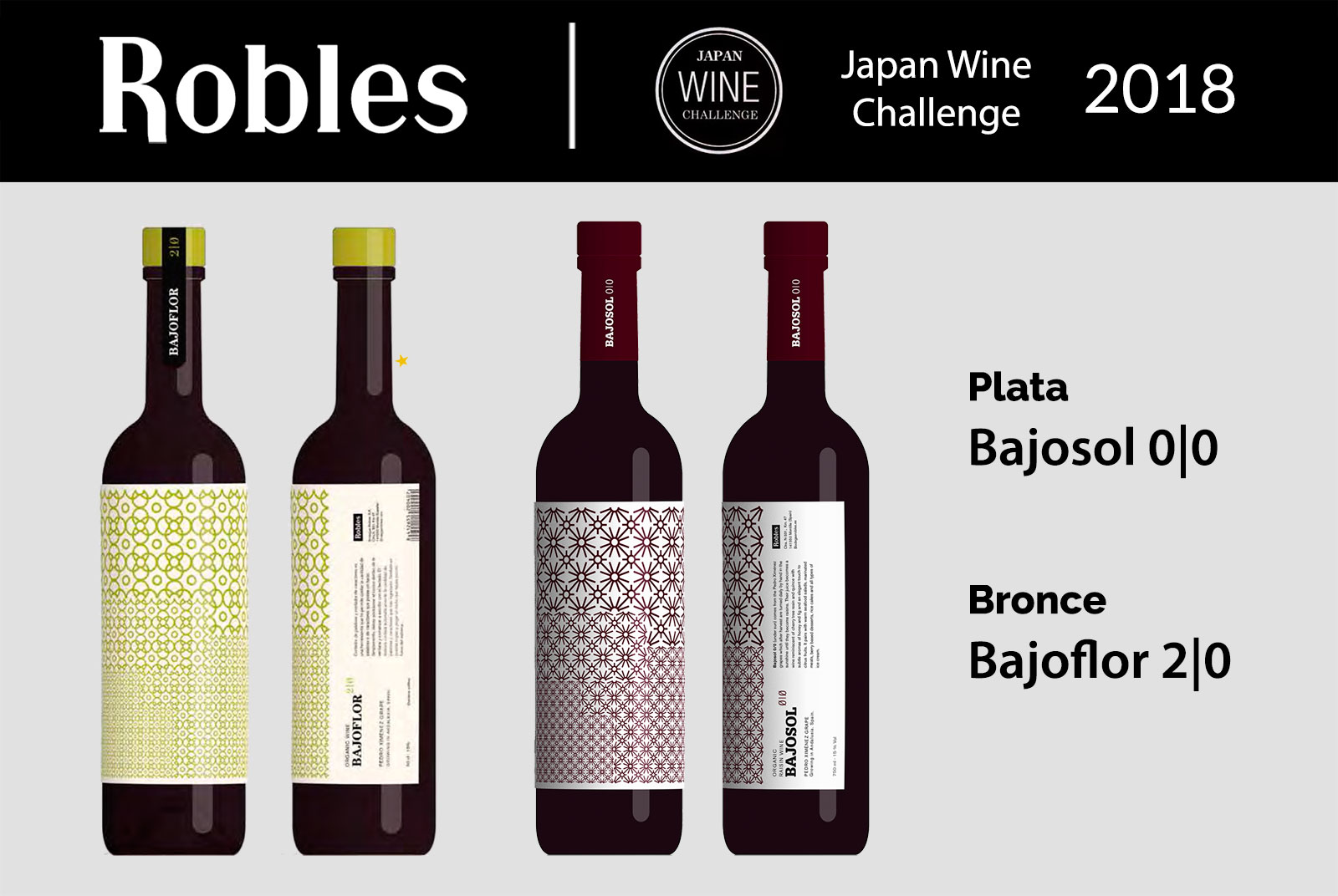 Bajoflor continues its road in Japan

Japan discovers Bajoflor is the project of Bodegas Robles that reinterprets the Andalusian generoso wines for a better understanding in the Asian culture, especially Japan. Since it was launched in 2016, it has won various awards in Japan, in addition to the Silver and Bronze medals obtained in Japan Wine Challenge 2018, one of the most prestigious wine competitions in Asia. In this edition, a jury made up of more than 30 international experts evaluated 1400 wines from 30 countries, mainly Australia, Austria, Chile, France, Germany, Italy, New Zealand and Japan.

BAJOSOL 0|0, Pedro Ximénez dessert wine made by Bodegas Robles expressly for the Asian market, has been recognized with Silver Medal

BAJOSOL 2|0, Fino wine made by Bodegas Robles expressly for the Asian market, has been recognized with Bronze Medal.