The agraz-verjus Paco Morales is a delicate and perfumed Andalusi dressing (from Al-Andalus period, 8th to 15th centuries) that the two star Michelin chef Paco Morales recreates from the juice squeezed from the sour grapes of the organic vineyard of the Robles family in Montilla.

View cart “Agraz-Verjus «Paco Morales» | 50 cl” has been added to your cart. 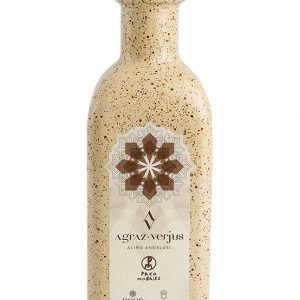